Usually, if you are involved in a traffic violation that gets your license suspended, this won’t be the only repercussion you’ll get. You will be subject to a hefty bill and sometimes even jail time.

Driving while under the influence of drugs or alcohol

Consequences for driving while under the influence differ from state to state. Usually, your driver’s license will get suspended on the first time being arrested for a DUI. However, some states may do it on your second or third offense instead.

In the case of a conviction or a guilty admission to a DUI charge, most states will suspend your license for a second time. Regardless of whether or not you get your driver license suspended, it is never a good idea to drink and drive.

A person found in a vehicular accident without any car insurance policy in place for their vehicle can acquire a hefty bill and numerous other legal problems. One of these legal problems being the suspension of driver’s license.

If you’re a first-time offender, then some states can offer leniency to your punishment and simply give out a ticket. This doesn’t apply to a lot of the other states.

Uninsured drivers, if and when caught, are subject to hefty fines and a driver’s license suspension. Aside from that, should they be interested in getting any car insurance, they will have to pay a higher amount given their history.

If the offender continues to be caught uninsured, eventually they’ll have their vehicle registration suspend. Even worse, they can be subject to time behind bars. Thus, it is best that before you buy a car, you must take into account insurance costs as well.

Failure to pay tickets or other traffic-related fines

In some states, if you fail to pay for your tickets, your license can be suspended. However, there is a long period given before the deadline for any fines can lead to a suspension.

Before your license is suspended, there is a 180-day period given to people to give them time to pay for their fees. To avoid the hassle of reinstating your license, use this time to do whatever you can to pay for your fees.

If you are unable to pay your fines, you may be caught driving with a suspended license. Should you be caught doing this, you will be subject to more penalties and a more extended license suspension period.

Failure to appear in court

Failure to appear in court for any reason is one of the most common reasons people have their licenses suspended. If the defendant offered their driver’s license as bail and failed to show up to court, their license will get suspended.

Also, if you received a traffic ticket and failed to respond to the citation by either showing up to court or paying your fine, then your license is also subject to a suspension. Plus, you will be subject to additional fees.

Accumulated too many points on your driving record

If a driver reaches the maximum amount of points in their record, this will lead to a license suspension. Don’t think you’re simply because you’ve only been cited for minor traffic violations, like speeding or parking tickets. You can apply for a limited license or also known as a work license. Good thing there are numerous websites like this one – crimelawyer.co.nz that can help you in applying for one.

These minor violations will stack up on top of each other. Eventually, if left unaddressed, they may end up acquiring enough points in your record to get your license suspended by authorities.

The most common reason why senior drivers’ licenses get suspended is due to different medical conditions. The state redetermines whether a person’s license should be suspended due to their medical condition through a reexamination hearing.

Common conditions that lead to license suspensions are Alzheimer’s disease, Cataracts, Dementia, deterioration of muscular coordination, multiple sclerosis, et cetera. In short, anything that affects how someone can drive will lead to the suspension of the driver’s license.

The most common causes of getting one’s license suspended are mostly preventable. It is much harder to reinstate your license than it is to avoid doing things that can get it suspended.

Sometimes, though, circumstances prevent us from being better. Should you ever find yourself caught in situations like these, it is best to seek legal counsel immediately. 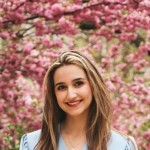