Disclaimer: This article in no context is advocating the use or experimentation of psychedelic drugs. Research is still limited they are still deemed illegal for recreational or medicinal use. Moreover, they may be addicting.

The war on drugs has been perpetual since the Mexican drug lords started making a hefty amount of money from it. But they have been selling the more addictive form of drugs like cocaine and diploids; so that they can generate more money from people’s addiction.

Although, the UN has banned the use of any kind of drugs that resemble in their structure and neurotic effects – psychedelic drugs have still been profoundly intriguing for most researchers and have been experimented with on multiple occasions. The results are rather surprising.

The History of the Use of Psychedelic Drugs:

Psychedelic drugs, that have been made from different concoctions by the Amazonian people have a significant religious value. Apparently, the Amazonian people made impressively difficult concoctions of psychedelic drugs from mushrooms that they found in the forest. They also made the famous drug Ayahuasca that has been used in their shamanic ceremonies. These drugs have been known to cause spiritual awakening and treat many psychological disorders. The most shocking aspect is that when asked how they came up with the novel and difficult recipe, the Amazonian people said that the trees communicated it to them. Such is their connection with nature, that has also left many scientists dumbfounded.

What Researchers Have Seen with the:

These drugs that essentially stimulate the serotonergic system have also been known to counter mental illnesses like depression and post-traumatic stress, as well as helped stop alcoholism and nicotine addiction. Moreover, quite surprisingly, it has profound and permanent effects on people’s personality; within a year you can experience standard one-point deviation in openness, decreases sentiments of fear and obsession and increased creativity.

Rick Strassman from University of Texas experimented with the psychedelic drug, DMT, which is a hallucinogen and is also found in plants. Apparently, it is drug that transported the user out of their body and makes them counter different beings, real and imaginary. This NIH funded experiment had results exactly similar to what the shamanic traditions – who described the impact of DMT as a near-death experience and the later teleportation into something resembling Heaven or Hell. It is better explained in his book, The Spirit Molecule and can be useful in your relevant hnd assignment and also ask for best dissertation writing service.

Although all of these researches have suggested that psychedelic drugs have significant effects in improving well-being, that too with minimal incidence to addiction. Experiments with rats showed how they did not repeatedly push the lever to consume psychedelic drugs, the way they did with the highly addictive drugs like cocaine and heroin.

So the bottom line is that even though, psychedelic drugs seem to be changing conventional perspectives about drugs – by being less addictive, giving the exact same hallucinogen experiences in Scandinavian experiments and Amazonian tribesmen. But still they have the potential to be abused, since people may want to repeatedly experience the same sentiments once they start taking them more nonchalantly. There is still a pressing need to conduct more researches, but strictly within the ethical and moral code that has been set up. Moreover, a controlled medicinal use for overcoming alcohol and smoking addiction as well as PTS and depression can still be a valid possibility. Until then, one must steer clear from psychedelic drugs for recreational purposes. 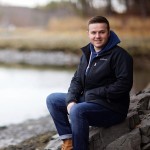