Often regarded as the world’s biggest football club, for decades Manchester United have attracted fans from up and down the UK, and across the globe.

They have called Old Trafford, now Britain’s biggest club ground, their home for more than a century.

However getting hold of tickets for the 76,000 capacity stadium, dubbed the Theatre of Dreams, can be less than simple.

So whether you’re a fan who has not been for a while, or a visitor wanting to buy tickets for family or friends, we have all the information you’ll need to book your seat to see the 20 times league champions in action.

There are three main channels in which Man Utd football tickets are sold.

The first and main one is now online via the club’s website www.manutd.com which contains information about all the upcoming matches and the sales criteria for each.

For home matches, the website has an interactive stadium plan showing all the seats which are available and allows fans to pick the specific seat or seats they would like.

Or you can buy them in person at the club’s Ticket and Membership Services office, which is in car park W2 at Old Trafford and is open 8am-8pm, Monday to Friday and 9am-5pm on Saturdays.

As well as these, you can also find tickets on sites like Viagogo and LiveFootballTickets. Prices through these websites vary, however, and may be expensive for bigger and more important fixtures.

Whether any supporter can buy league cup final football tickets for United games solely depends on the magnitude of the game and, of course, the availability of tickets.

They are also required to automatically purchase tickets for FA Cup, EFL Cup and Europa League home matches but they can opt out of the latter two if they wish.

Any additional tickets for Premier League games at Old Trafford are sold exclusively to Official Members. A membership starts at around £32. Or a half season ‘Membership Lite’ is available for £20.

Seats for all Premier League home games except those against Arsenal, Chelsea, Liverpool and Manchester City go on sale at the start of the season.

However more usually become available between six weeks and up to a week before the game and members can register their interest in specific games.

For the games against Arsenal, Chelsea, Liverpool and City, a ballot is held due to high demand with members having to apply to be entered.

Members can generally only purchase one ticket for each home game, although occasionally for games in other competitions, offers may be available.

Games in cup competitions do sometimes go on general sale.

If you’ve got a football ticket for a match but can’t attend, your friends and family can attend for you as long as it’s within the club’s guidelines.

The club’s terms and conditions state: “For each home match, a ticket holder shall (on a match by match basis) be entitled to lend their season ticket to a friend or a member of their family.”

However it can only be lent free of charge, it can’t be listed for sale and no money can change hands.

They must be United fans and any breaking of rules or misbehaviour by the friend or family member will be considered to have been committed by the ticket holder themselves and could see the ticket suspended or cancelled.

If it is a concessionary season ticket, i.e. a junior or OAP, and a full-paying adult wants to use it, they must contact the ticket office to ‘upgrade’ the ticket and pay the price difference.

The club can theoretically make checks inside the stadium and ask to see a person’s season ticket and ID although this is extremely uncommon.

Away supporters must purchase tickets for the away section from their own club.

In terms of season tickets, the club currently operates a waiting list for people wanting to purchase one.

When one becomes available priority is given to members who have paid a deposit. This is later deducted from the cost of the season ticket, which range from £532 to £950. 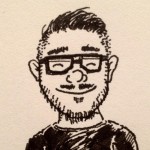