While we can’t deny the fact that children are raised and formed as a human being by their parents, we can’t also deny the aforementioned statement, which reflects the true role of education in a child’s development. Infact saying that the process of a child’s education starts in the womb, from the stories and songs that expectant narrates won’t be wrong.

What is Holistic Childhood Development?

Holistic education is an educational philosophy revolving around the development of an individual’s social, emotional, physical, creative, artistic, spiritual, and intellectual potentials. Under the education Operandi, the schools emphasize on honouring and knowing the self, learning to set achievable and realistic goals, while spontaneously keeping a track on the path you have chosen to achieve your goals.

As defined by Ron Miller, Pioneer in Holistic Education;

“Holistic education is a philosophy of education based on the premise that each person finds identity, meaning, and purpose in life through connections to the community, to the natural world, and to humanitarian values such as compassion and peace. Holistic education aims to call forth from people an intrinsic reverence for life and passionate love of learning.”

Ahmedabad: A city developing at an unprecedented rate

In the last few years, the city has shown tremendous growth rate. The seventh-largest urban agglomeration is the former capital of Gujarat and its largest city. In a report released by RBI in 2012, the city was ranked seventh largest credit center across the country.

Amidst all this, and people from other states shifting to Ahmedabad, a staggering growth has been noticed in a number of preschools in Ahmedabad, contributing to overall childhood development in the city. While on one side there are so many options in front of parents, it has become difficult for them to evaluate the one that is best for the overall development of their child.

How to find the best preschool in Ahmedabad?

However, with so many options around, it is crucial to understand the one that fits best for the holistic development of your child. To help you with the same, we have here listed some of the essential points a preschool should consider in order to be effective. Let’s have a look;

A child’s overall development is directly influenced by numerous factors, in which numerous people play a significant role. Having said this, besides academic development, it is important that your chosen preschool in Ahmedabad also focuses on delivering your child’s intellect in other fields like social and moral. According to the report, a child’s brain is developed to 80% by the age of 3 and 90% by the age of 5. Having said this, the early years, play a determining role in the holistic childhood development of your kid. This is the reason why child experts always recommend parents to ensure overall education, learning, and understanding of kids at their early age. 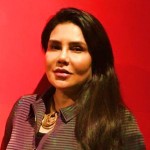 Usha Agrawal co-founder at LittleWings, one of the leading Daycare school in Ahmedabad that focuses on the holistic development of children. Her dedication towards understanding childhood development contributed immensely to providing many kids with a solid foundation in the early years.