Seems like there is no stopping, this young strong willed girl. After bagging her Nobel Peace Prize back in 2014, Malala Yousafzai has penned down a bittersweet and insightful book about an experience that is very close to her heart; her journey away from home. The book is has already hit the market on January 9th, but has been successfully creating waves of excitement globally!

Just like before, Malala sagaciously uses her platform and voice to advocate for young girls and their rights. In addition to speaking about the importance of education, especially for young girls and successfully running her fund named Malala Fund. Now, with the book, Malala is hopeful that she will be able to authentically deliver the real life stories and struggles of the several girls around the world, who have been displaced; a narrative that is quite close to her heart. The best part is that the sales from the book shall be utilized in Malala Fund.

Excerpts from the book have already been circulating around the internet. In one of them she illustrates her own story of being an internally displaced person back in her homeland, Pakistan. She emanates the scenario in a raw, bittersweet and emotional manner. She still grieves over the fact that she will never be able to return to the place that she once called home. Because her attackers, the Taliban, shall not allow her to set foot there after having attempted to assassinate her back in 2012.

The book is important as a reminder apart from the daily buzz one hears and often overlooks on the news about the struggles that immigrants face. And given the economic constraints, the decreasing employment rates, the stereotypical mindset pushed to favor agendas, people tend to be rather apathetic and hostile towards refugees. But in her interviews about the book, Malala is hopeful about shedding the light on these refugees’ stories. She speaks about a girl named Zainab from Yemen who left her sister in Italy on her way to America, due to travel ban. Malala hopes that people are able to see these refugees as actual, courageous human beings with sentiments instead of just another headline or news story.

If anything it should help people around the world to be more welcoming and kinder towards refugees; understand that they have been through a fair share of struggle and are still dealing with settling into a drastically new world – while facing identity crisis, homesickness and in some severe cases post-traumatic stress as well.

She has discussed a pressing issue, that is quite relevant in today’s time, all over the world. With the spiteful and belittling behavior towards refugees under Trump’s rule and the massacre and displacement of entire communities in Rohingya, Bangladesh as well as countries like Colombia, Syria, Democratic Republic of Congo, Iraq, Yemen, Guatemala – it is crucial that someone with the massive impact and reach can speak up about these pivotal issues to grasp more attention and create more dialogue. When power people like Bill Gates congratulate Malala for her efforts, it seems like there is still hope. Malala could essentially be the bridge to connect the helplessly displaced people with men in power who could actually create a difference.

As students who are struggling with their own fair share of tragedies, whether they may be as petty as getting professional dissertation writing services or dealing with difficult parents, Malala’s stories serve as a beacon of hope. There are several things that we tend to forget being grateful for, hopefully Malala’s resilience and optimism will inspire students all around the world to make better use of the opportunities provided to them. 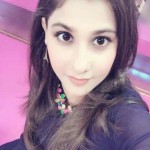